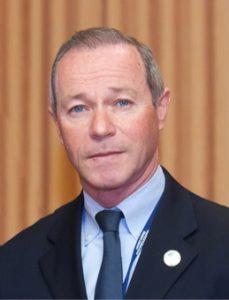 As in those other states, Nevada Democrats are fighting to protect workers’ wages, while Republicans are crusading to slash them. These Republicans, who ran as “middle of the road” Republicans, wooed and appealed to the values of union working people, who failed to recognize them for the threat they were. These Republican politicians won the votes of too many unionized workers, including Building Trades workers, and took over Nevada’s government.

But they were wolves in sheep’s clothing, and once in power, reverted to their true nature, taking a terrible toll on the working families that helped elect them.

Republicans control the Legislature and Governor Brian Sandoval is a Republican. A bill authored by Republican Senator Ben Kieckhefer of Reno, which has already passed the Senate on a straight party-line vote, would repeal prevailing wage for school construction (a stepping stone to removing prevailing wage on all public works in Nevada).

Kieckhefer’s argument is an old and discredited one: that by slashing workers’ wages the state could build more schools for the same amount of money. Kieckhefer was quoted in news reports saying that prevailing wage increases the cost of construction by as much as 30 percent.

“That is undeniable,” he stated. “We will build more schools with the same amount of money.”

But not only is it not undeniable, it is, as dozens of independent studies have concluded, and as enlightened private contractors and most local government officials here in California know, completely, demonstrably false.

For nearly a century, we have been building small and large public works projects and paying the prevailing wage to the workers who do the job. Nevada’s own Hoover Dam is a classic example, built in the 1930s to the highest standards of workmanship, paying the then prevailing wage of 80 cents per hour, and this dam is still serving us well all these many decades later. This massive dam is as good today as it was almost a hundred years ago. Built at a total cost of $64 million, it annually generates hundreds of millions of dollars worth of clean hydroelectric power, while providing the water that developed the west, including California.

Here in California, prevailing wage allows for the apprenticeship of 53,000 new construction workers per year, driving the economy, at no cost to the state. What other industry does this?

Further, the builders of Nevada’s great casinos, the industry that brings in the massive influx of money that pays for the state’s infrastructure and schools, choose to pay their construction workers prevailing wage. They understand that greater productivity and a higher quality of workmanship pays off for them in the short and long run. They need to build these facilities to last, using the least amount of people, in the shortest amount of time, built once, and built right, under the lowest bid. If these high construction standards and lowest bid requirement work for the casino industry, why is not good enough for public infrastructure?

But Nevada’s Republican politicians either don’t understand it or they are just lying about it, repeating their demonstrably false claims about construction costs, in their passionate quest to lower the quality of life for construction workers and their families.

The newest study on the effects of prevailing wage came just this January, from the West Virginia Center on Budget & Policy (in another state where Republican legislators are ignoring the facts and advocating repealing or weakening the prevailing wage).

This study, like dozens before it, found that “prevailing wage laws do not raise public construction costs; instead the impact of higher wages on costs is compensated by the positive effect on productivity.” That is in addition to higher quality. Specifically, it found that West Virginia, which until now has paid prevailing wage, has had lower school construction costs than surrounding states that have not paid it.

An especially interesting, and useful, section of this study actually breaks down the ridiculously bogus math behind the arguments that opponents of prevailing wage always make, specifically that prevailing wage raises the cost of construction by 25 percent or more. How can this be, when nationwide the total cost of labor on any project is between 18 and 27 percent? Is the bottom line that they want construction workers to work for free?

Specifically, if labor accounts for $277,000 of every million dollars spent on construction, then reducing the total cost by 25 percent would mean reducing project labor costs by 72 percent! A cement mason in Kanawha County, West Virginia, now earning $28.70 per hour, would have his hourly wage cut to a sub-poverty level of just $7.98! Do we really want a plumber or electrician, or for that matter, the worker that builds the passenger elevator, or the ironworker that puts up the steel on a bridge or a skyscraper, to be making less than minimum wage?

Therefore, he found, “Claims that West Virginia could save hundreds of millions of dollars by repealing its prevailing wage law are unrealistic, and could only be realized by paying poverty-level wages to the state’s construction workers, all without negatively affecting their productivity.” Also without affecting the quality of construction. This is absurd. We cannot get workers to work at McDonald’s or be busboys for these wages. How can anyone expect to retain a work force or have workers that have gone to school for four to five years to continue to build our infrastructure for wages that will not support a family, even in the poorest states.

Finally, “Claims by opponents about the costs of West Virginia’s prevailing wage law are implausible and based on hypothetical assumptions, ignoring actual experience, evidence and data.”

Well, if that’s what it takes, that is obviously what those who seek to impoverish working families are willing to do. Because of our tenacious unity and advocacy, we are beating them back here in California. But in many other states, the attacks on working families are in full swing.

In California, with the loss of work hours to inclement weather and periods of unemployment while seeking work between projects, the average construction worker supports a family on an income of $52,000 a year before taxes. Who would oppose this, and why?

Attacks on Prevailing Wage Continue At California’s Doorstep, Across Nation