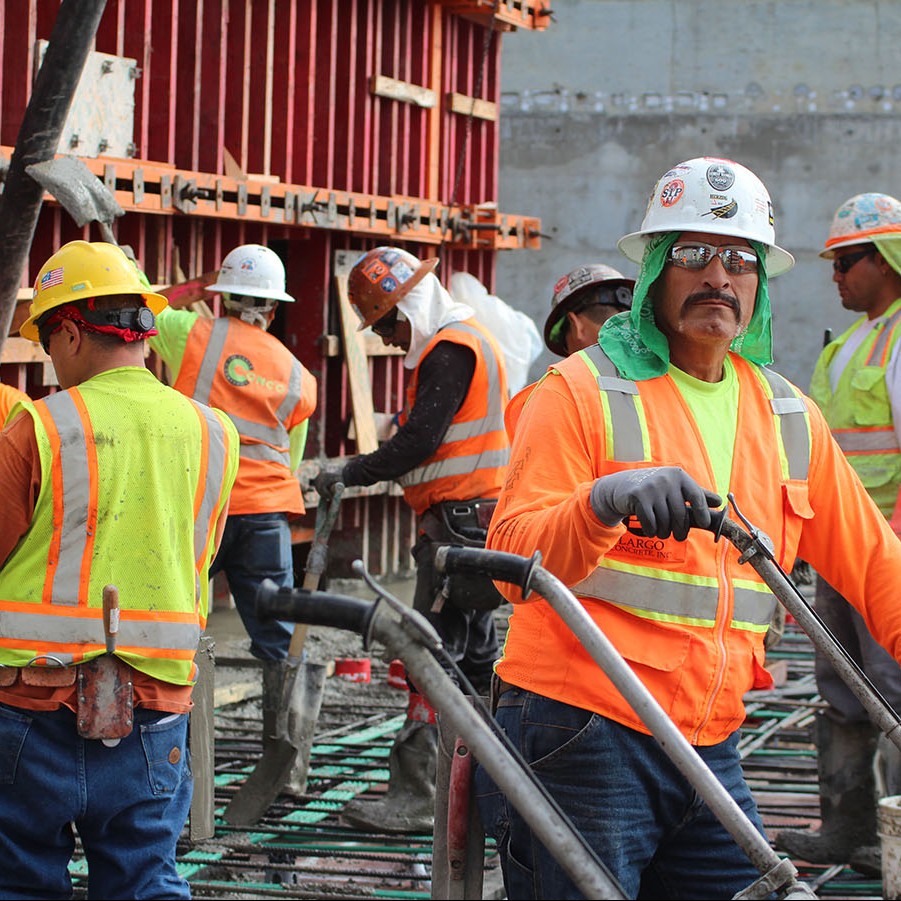 Let’s get one thing straight about Carl DeMaio: Everything he has done since he came on the political scene in San Diego in 2008 has been to try and destroy the ability of working people to make a living.

DeMaio, of course, is the guy who is pushing the Proposition 6 travesty on the California public. He also is a failed politician. He ran for mayor of San Diego and lost. He ran for the U.S. House of Representatives and lost. Then he took to the airwaves in San Diego where he spouts through a radio microphone to the extremist echo chamber. His agenda, as it has been ever since he got into politics, is to portray workers and unions as the enemy of the people.

We’re seeing a lot of that on display in the Proposition 6 initiative that DeMaio is pushing. The measure seeks to overturn last year’s successful passage of Senate Bill 1, the legislation that provides the funding to repair and rebuild California’s crumbling roads and highways and the 1,600 structurally deficient bridges all over the state. It has 6;500 projects under way and employs 16,000 Building Trades workers a year.

DeMaio hates SB 1 for the same reason he hates pensions and hates prevailing wage and hates Project Labor Agreements: Each of these policies enacted through the democratic processes of our government was fought for and promoted by labor unions. And if there is one thing that drives Carl DeMaio in his political activity, it is his hatred for us, particularly those of us in the State Building and Construction Trades Council.

He’s been at it for years down in San Diego, where he has made it his life’s work to lower salaries and benefits for working people. Then came Prop. 6, the latest bullet on his agenda to drive unions out of the state, under the cover of repealing SB 1.

Apparently he can see that Prop. 6 isn’t doing so well with the voters, at least according to the most recent polls. So DeMaio came to Sacramento in late September and filed papers to circulate another petition to get another initiative on the next ballot, aimed directly at the Building Trades in 2020.

This time, the DeMaio monstrosity looks like it is shooting for the moon. Its main objective, apparently, is to set California on a path toward becoming a “right to work” state. All 500,000 Building Trades members should know these proposals for what they are: a “right to work” for less pay.

As he brushes past this misstatement, DeMaio, in his new ploy to deceive California voters, wants to prevent the state from entering into Project Labor Agreements with private contractors. PLAs, as we know, make sure that both public and private projects get done on time and under budget. Their real danger, as DeMaio sees it, is that they also fund health and pension plans for all participating workers, as well as apprenticeship programs that will continue to supply our state with a steady stream of skilled and trained construction professionals. DeMaio’s problem with this system is that it provides a path to the middle class for blue-collar families, for regular working people—something that he has dedicated his life to oppose.

Next up in the new DeMaio attack on workers is a provision that state and local government agencies “shall not impose any requirement regarding the amount of compensation and benefits that an employer or entity must pay to employees working on a transportation project” greater than what the federal government requires.

Why he wants the federal government to dictate how California spends its money is a mystery, but remember, DeMaio is going for politics, not logic. This, of course, would eliminate the state’s prevailing wage system, another key point on DeMaio’s anti-worker agenda. Kill it off and unscrupulous contractors would be all systems go in their race to the bottom, to deprive construction workers of the ability to make a decent living, to keep them out of the American middle class, and to increase profits for DeMaio and his anti-labor buddies.

Last but not least in the latest DeMaio proposal is a provision that would eliminate all state funding for High Speed Rail. You know who this is aimed at, and that is you—Building Trades workers. Some 2,200 of you currently are employed on High Speed Rail projects, mostly in the San Joaquin Valley, where 119 miles of rail are already being installed. You’re also on the job in Southern California, where construction is under way on the Rosecrans Boulevard overpass, the Union Station/Burbank connector, and on the line feeding into the already-completed Anaheim Regional Transportation Intermodal Center.

Of course we have to worry about DeMaio’s plan to kill us in the future. But mainly, we have to focus on the attack of the present day, which is Proposition 6.

Thousands of us are currently working on road and bridge repair and replacement projects funded by SB 1. In that capacity, we all have to be the voice to bring the truth to our friends and neighbors, our families, our churches, our schools, our softball fields, our bowling alleys, our bars, our barber shops. The message is this: SB 1 is a crucial infrastructure plan we need to repair and replace our dangerous roads and bridges that in many cases are older than 60. It also will reduce congestion and save lives.

The best way to stop the future attack is to defeat the present one. The best way to convince donors to keep from contributing money to DeMaio’s next campaign against us is to show them that they’re throwing their money away on this one.

Right now, the polls show us doing a very good job of educating the public that Proposition 6 is a terrible idea. But we cannot take a single vote for granted. Whatever you are doing as a union member, or as a Building Trades local, or as a regional council member—do more. If you’ve walked one precinct to beat Proposition 6, walk another.

Defeating Proposition 6 will be a great accomplishment in its own right. Just as important, it will send a message to Carl DeMaio: We will not be a right-to-work state. Working people deserve a place in middle-class society. Your attacks on us cannot prevail.