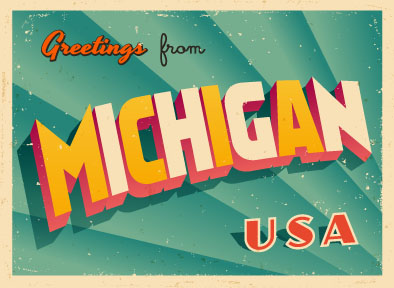 Over three years, the Associated Builders and Contractors spent $3 million to buy a statewide ballot measure in Michigan to kill a 53-year-old state law that requires employers to pay a fair and livable wage—a prevailing wage—to construction workers on publicly funded projects.

They cheated to get this the measure onto the ballot. They employed phony petition circulators who falsely reported where they lived. One of them even put down his address as a UPS office in California. Yet that was no problem for the forces of greed. When you’ve got an anti-worker legislature and the state supreme court in your pocket, you can get away with breaking the rules.

But a funny thing happened on the way to barely qualifying this prevailing wage repeal measure for the ballot. Polling showed that overwhelming numbers of likely voters in Michigan wanted to keep the prevailing wage. Again, this was no problem for the anti-union contractors group that knows that the easiest way to pad their pockets is to take the wealth from the sweat and hard work of its labor force.

Under Michigan law, if you qualify an initiative for the ballot, the legislature can circumvent the will of the people and just go ahead and enact the measure on a simple majority vote. The governor cannot veto it.

In Michigan, the Republican governor, Rick Snyder, has been a strong supporter of the prevailing wage. Snyder promised to veto any prevailing wage repeal scam that came to his desk. Snyder rightly sees the prevailing wage as critical to maintaining a skilled and trained workforce through the apprenticeship programs that are funded through joint labor-management partnerships, same as we have here in California.

Snyder realized that at a time when the Building Trades unions are actively recruiting to find new members to replace those who are retiring, lowering the wage isn’t a smart strategy to attract newcomers. How’s this for a slogan: “The same job, just paying 25 percent less”?

A strong likelihood of defeat at the polls stared down the ABC and its mouthpieces in the Michigan legislature. So, in early June, they did what comes naturally to them. They short-circuited democracy.

They went to their fallback measure in the legislature, where the Republican majority voted to ensure a lower standard of living for Michigan’s 265,000 construction workers. The legislature repealed the prevailing wage. The vote was 56-53 in the Michigan House of Representatives and 23-14 in the Senate.

To recap, in a state with 7.5 million registered voters, the ballot measure qualified with only 268,403 signatures. That opened the door to the legislature’s last-minute vote.

This amounts to a transfer of public funds from the pockets of construction workers, union and nonunion alike, who are building the state’s schools, fixing the roads and improving the infrastructure, and into the bank accounts of a small number of corporate CEOs.

There are many lessons for us here in the Building Trades in California. Most important, politics matters. The people that we put in office—at every level, from city councils and school boards up to the state legislators and statewide offices—establish the policies and enforce the rules. They keep the prevailing wage in place, to fund our pensions and health care and the tremendous success of our apprenticeship programs.

We in the Building Trades obtain our political results from hard work, from the constant vigilance of our local and regional officers, our business reps, our shop stewards, all our members, and our brothers and sisters throughout the labor movement. Through our engagement with our political representatives, we keep them focused on these critical issues that are vital to working people and to maintaining the standard of living of the 500,000 members of our Building Trades unions statewide. Our advocacy benefits not just our members but hundreds of thousands of others in the construction industry.

But they used to support labor in Michigan, too. When it came to having workers’ backs, Michigan was as reliable as any state in the country—until it wasn’t. Now, its top court and the majority of its lawmakers take away the wages and benefits that we fought for, and they transfer them to people like the anti-union ABC contractors.

So let’s look now at the economic ripple effect of repealing prevailing wage.

The lawmakers of Michigan should know this as well as anybody. One of their neighboring states, Indiana, terminated prevailing wage in 2015. What happened? A study this year by the Midwest Economic Policy Institute provided the evidence: an 8.5 percent decrease in all blue-collar construction workers’ wages. A 15.1 percent cut in the wages of the lowest-paid workers. A 4.5 percent increase in the number of workers in construction without a high school diploma or equivalent. A 1.2 percent decrease in the number of construction workers who are military veterans. A drop of 5.3 percent in productivity. Higher worker turnover. Slower employment growth. And zero impact on the cost of public school construction, one of the selling points prevailing wage opponents pushed in Indiana, pushed in Michigan and are pushing everywhere.

“We got rid of prevailing wage and so far we haven’t saved a penny,” said State Representative Ed Soliday, Republican of Indiana.

Listen to Ed. Listen to your gut. Look at the facts. And then, pay attention. They’re coming after us everywhere, every day, and they’ll overtake us in California just like they did in Michigan, if we rest for a second and do not fight and keep fighting for what it has taken us 87 years to achieve.

Vote For The Party That Supports You