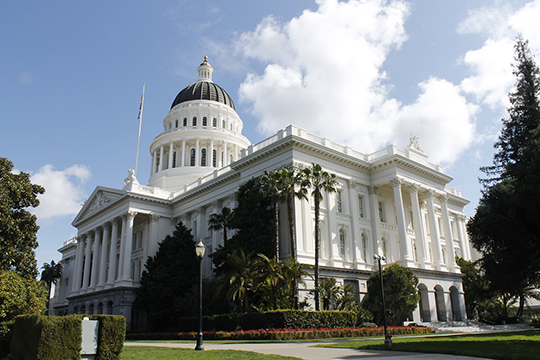 A coalition spearheaded by the California State Building Trades achieved a major win on November 6th as Prop 6, an attempt to repeal SB 1 and the thousands of construction jobs it has already created, was definitively shot down by California voters.  Prop 6 was brought by anti-union activists as a means to try to energize conservative turnout in California’s contested congressional races, but due to the efforts of the Building Trades, this scheme backfired.  The No On 6 campaign co-chaired by California State Building Trades President Robbie Hunter and Matt Cate from the California Association of Counties raised nearly $50 million to defeat this job killing ballot initiative.  Individual trades and their contractors heavily contributed and played major roles in the eventual defeat of Prop 6 protecting jobs for our members as well as road safety for all Californians.

November 6th was an all around good night for the Trades as we saw many of our endorsed Congressional candidates win tight races as well, due in no small part to local trades in these Districts working tirelessly in support of the various campaigns.  Senator Ricardo Lara, a long time friend of the Building Trades, claimed a slim victory in the race for Insurance Commissioner due in part to the financial support of the Trades including agreeing to contribute $50,000 to a late-effort independent expenditure campaign organized by the Federation of Labor.

We also worked closely with our allies in Sacramento. We in-kinded office space to Senate President pro tem Toni Atkins to run phone banks in support of her members facing challenge and in addition contributed heavily to Assembly and Senate races up and down the state.

As we approach the New Year, the Building Trades are optimistic that with a good working relationship with our endorsed candidate, Governor-Elect Gavin Newsom,  and a super-majority in the Assembly and Senate, we are in a formidable position to both deliver and defeat legislation in service to our members across California.

“The right-wing had hoped to use Prop 6 and the gas tax as an issue against our endorsed candidates, but they failed to take out a single one of them, thanks to the intensive campaign of the Building Trades. In the state senate we picked up two seats and regained a supermajority.” –Art Pulaski

Carol Kim on the gig economy